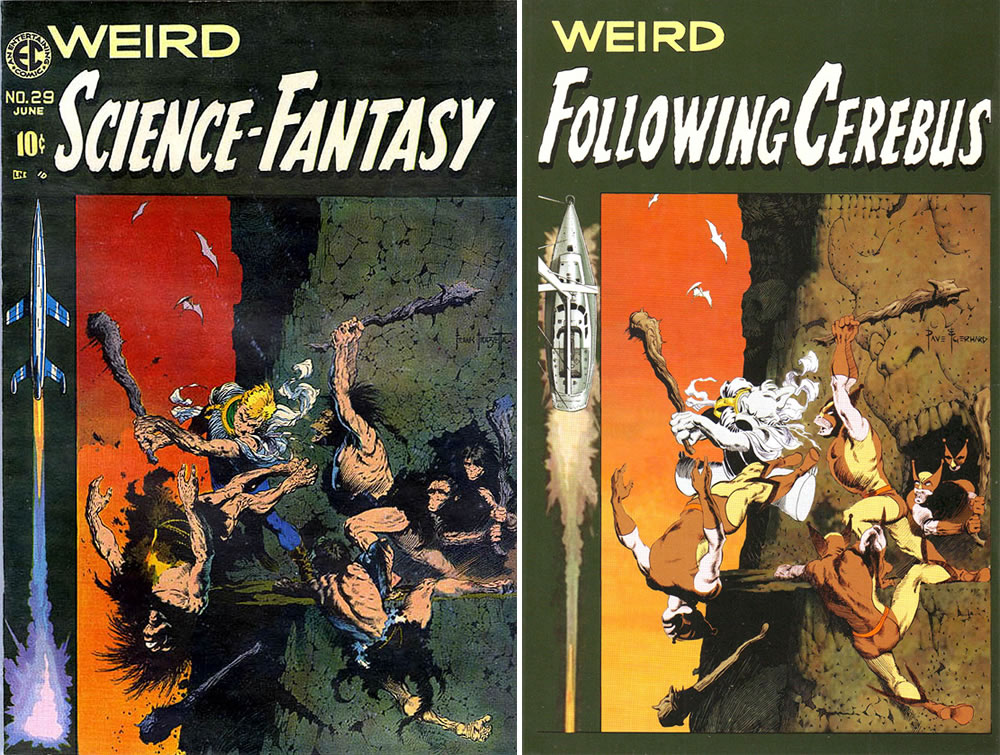 Original: Weird Science-Fantasy #29 (EC Comics, May 1955) by Frank Frazetta
Tribute: Following Cerebus #3 (Win-Mill Productions, February 2005) by Dave Sim & Gerhard
(Click image to enlarge)FOLLOWING CEREBUS:
(from Following Cerebus #3, February 2005)
This is based on Weird Science-Fantasy #29 (EC Comics, May 1955) by Frank Frazetta. The cover has been called the greatest comic book cover of all time, and we wouldn't argue with that assessment. Frazetta has often spoken about the history behind this cover -- that it was drawn quickly and intended as a Buck Rogers cover for Famous Funnies (he drew the covers to issues 209-216 from 1953-1955) but publisher William Gaines turned it down (too violent, as we recall). Frazetta made some slight alterations (so that the central character didn't look as much like Buck Rogers) and sold it as WSF -- but only on the condition that Frazetta got to keep the original artwork (which was not done in those days). Gaines balked but couldn't deny the quality of the cover and so bought it anyway. (Marie Severin provided the beautiful coloring job on the original comic.)