Dave Sim LIVE! On Kickstarter, Plus Ideas For What To Do With YOUR @#$%ing Flimsy Postcards... 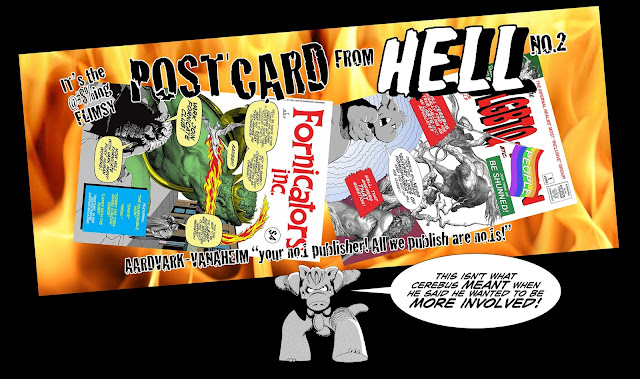 This is just a quick reminder that Dave Sim will be live on Kickstarter for the last two hours of THE @#$%ING FLIMSY POSTCARD FROM HELL? NO. 2 Kickstarter:  That's 2PM to 4PM Eastern Time, 1PM to 3PM Central Time, 12PM to 2PM Mountain Time and 11AM to 1PM Pacific Time.  All other times zones should consider the madness of Daylight Savings Time being observed in some places and not others and just go ahead and post your questions for Dave early.

Score one for the Home Team!

This stuff:
Jeff Seiler is winning the Green Dante/Green Virgil Cover for $1300 (US)! If you want in on this action, just comment on this post, or e-mail @gmail.com As Dave said, the auction ends next week Friday at Midnight (CDT). To prevent douchebaggery, I'm limiting the bidding to WHOLE US Dollars, in FIVE DOLLAR INCREMENTS. So if you wanna make Seiler lose his faith in humanity, you gotta come up with at least thirteen hundred and FIVE bucks (You Ess.). After the deadline, I'll contact the winner and figure out how we're getting Dave his money. (Seiler suggested that the increase should be in FIFTY dollar increments, and as much as I wanna get Dave mo' money, I was trying to eliminate the one penny douches...)
The remastered Volume 1 is available digitally for $9.99.
If you got a couple of extra bucks and want to do a fellow Cerebus fan a solid, frequent commentator Mike Battaglia has a go fund me here.
Friend to the Blog, and the guy who sets his phasers to the Light Side: Steve Peters has another Kickstarter going. (I have a joke in one panel.) ___________________________________________________

Speaking of the Latest Kickstarter,

Heir to the throne: Eddie Khanna sent in a funny lil' strip about the FIRST Postcard From Hell?: 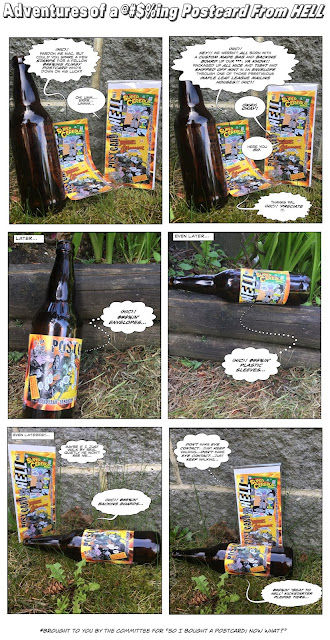 And then I made a couple of strips: 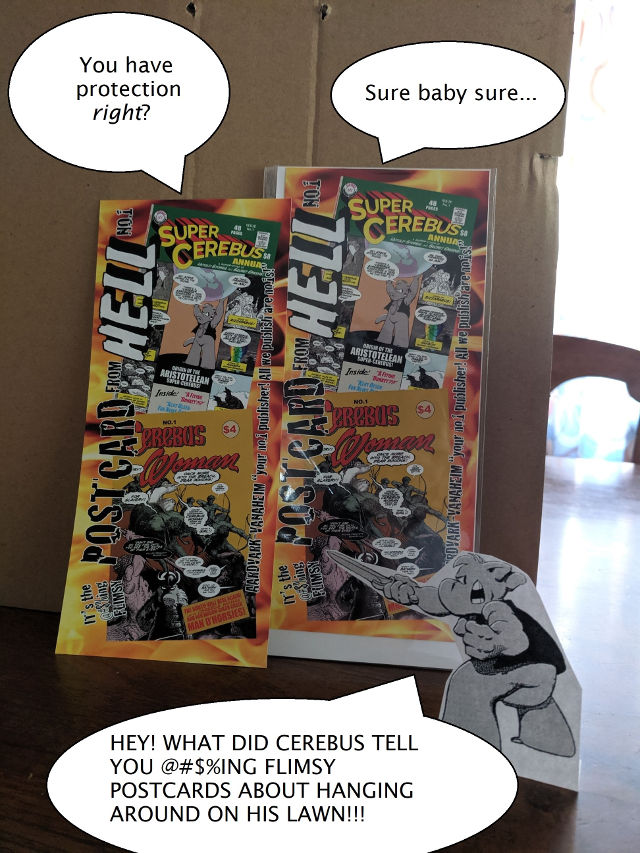 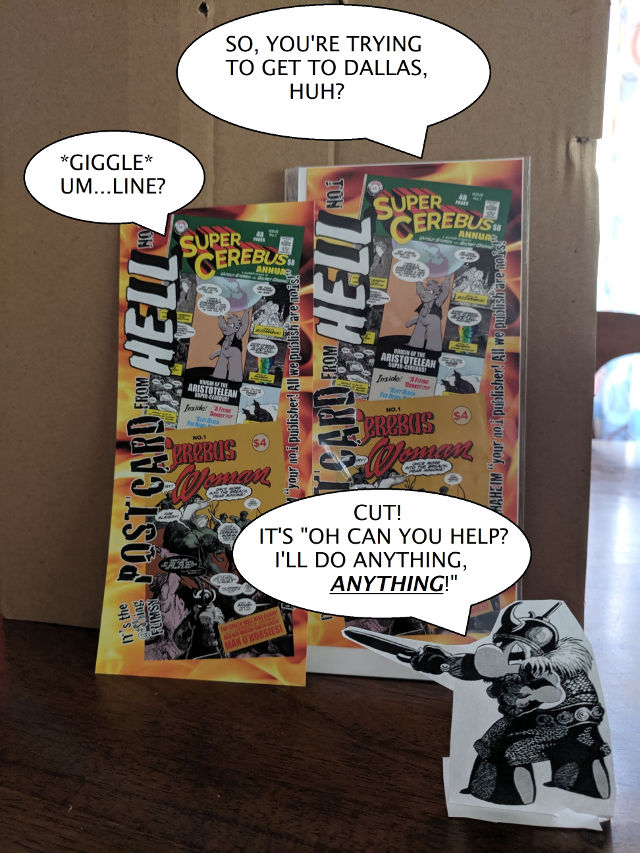 Where did the little Cerebus and Batvark come from, you ask? 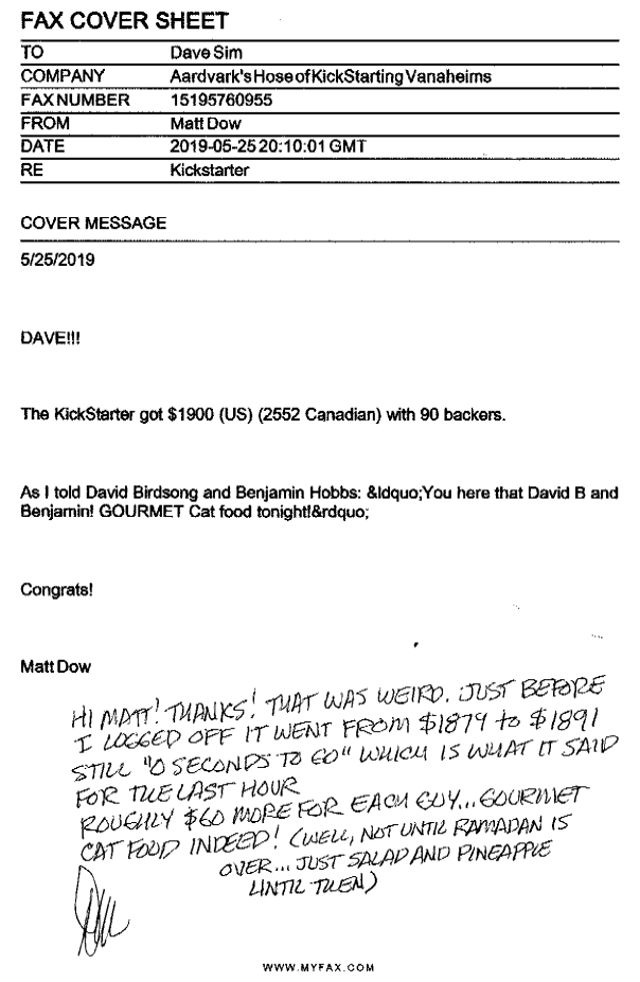