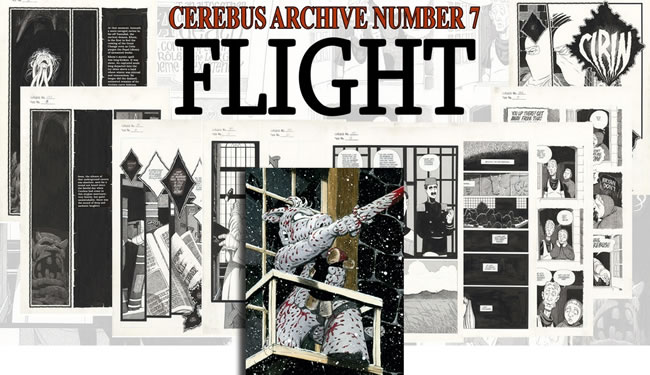 Hi, Everybody!
As we close in on the last days for the Kickstarter for Cerebus Archive Number 7: Flight, I thought we should take a look back on Dave's answers to the Cerebus Yahoo Group's five questions. Specifically, his answers regarding Flight.
Preamble: So a few years ago (2005, I believe,) The Cerebus Yahoo Group started a re-read of the whole series. And then we'd discuss an individual volume and come up with five questions and send them to Dave, and he would respond. These are those questions and answers. (Please note, most questions were multi-part in nature, and Dave would break them down as he answered them.)
WILDCARD QUESTION: You use black wavy panel borders periodically throughout the whole of Cerebus up until two thirds of the way across page 253 of Minds. The borders disappear, make a brief reappearance on page 264 around your self portrait, and then disappear again. Also, in Melmoth, the borders are black, but not wavy. They pop up a couple of times during the last hundred issues. What is the significance of the black bordering? Is it aesthetic or thematic in nature? 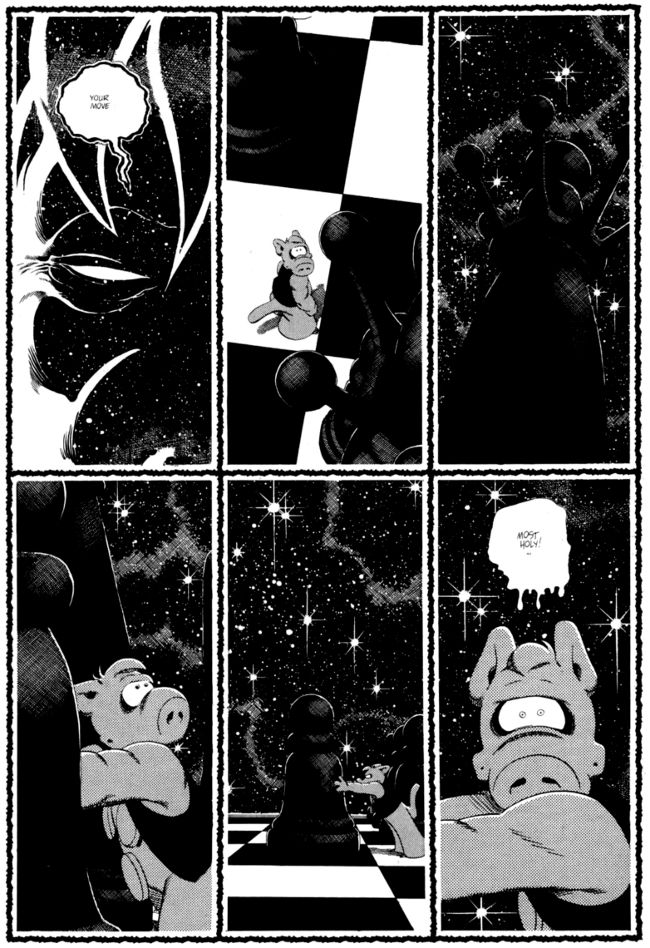 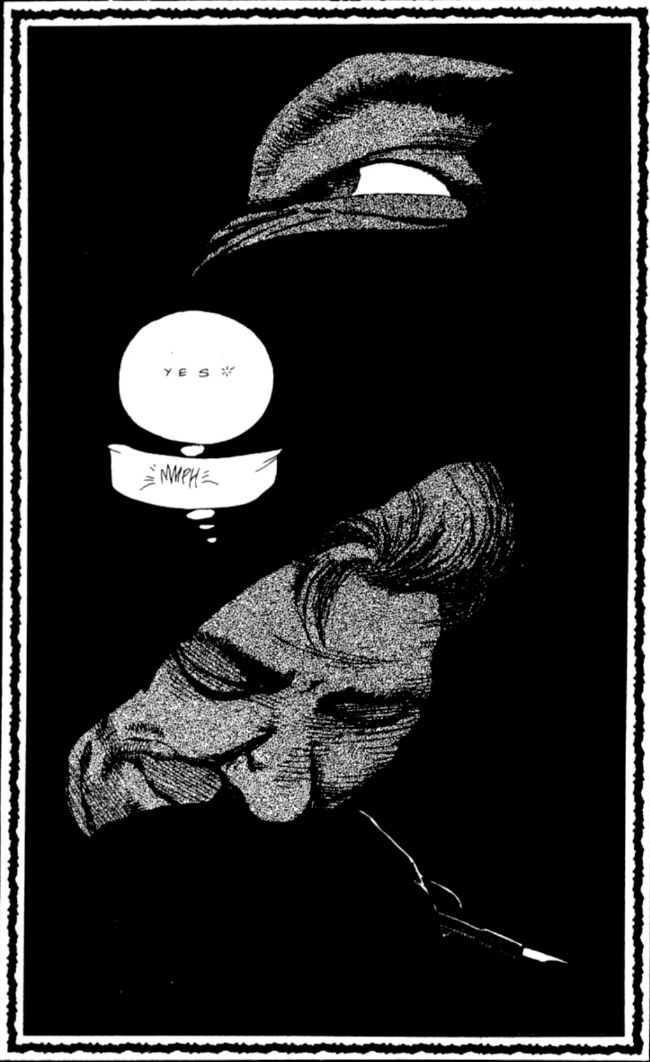 Next: There is no "Next", it's five questions and a wildcard. Man you people are greedy...