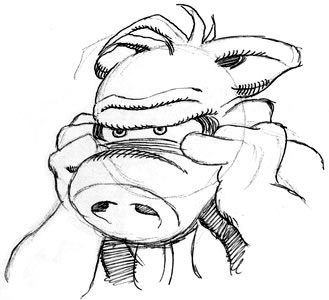 I'm axing your 'Dave Sim & Me' feature. Here's why:
I've been fuming all week about the treatment you and Erick dished out to Carson last Sunday.
Here's a rare example of somebody broadly sympathetic to Dave Sim's world view and an academic/artist who actually knows what he's talking about, able to bring a whole new perspective when it comes to critiquing Cerebus... and you and Erick simply try to shout him down over nonsense you've imagined in your own heads. I would love more people to submit their own Cerebus Re-Read reviews, but how is that going to happen when they can see the treatment they're going to receive?
I disagree with about 99% of everything you say, but that's fine. I can accept that a diversity of opinions exist and should be reflected on AMOC. But you've crossed a line for me. Rather than argue against Carson, you and Erick just tossed personal attacks in his direction. That's just unacceptable.
I sacrifice my limited free time to keep AMOC on track and I'm not prepared to waste it giving you a platform any longer if you're set on sabotaging the goals I have for AMOC.
Under the current AMOC Comments policy, you're free to participate in discussion there, but do me a favour? Before you hit 'send', ask yourself if anyone else is interested in this drivel.
Thanks.
Tim 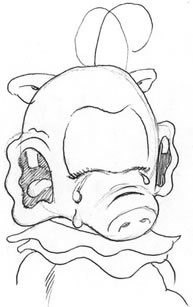 To: Moment of Cerebus From: Jeff SeilerFeb 5, 2017
Tim, you are overreacting. All I did was tell Carson that I thought his comments about Gerhard's art were "indelicate". That was/is not a personal attack. It was a critique of his critique. I was defending Gerhard who, admittedly, doesn't need defending.
And, my comment, "don't get ahead of yourself" stands. He was coming across as doing that; to me, anyway. And, I got the sense, to a few others here.
Censoring my doing what Dave asked me to do is not, I don't think, the right approach to this and is going to leave people wondering WTF? I think before you "axe" (or, censor) me for good, you should run it by Dave and the regular readers here. I would appreciate it if you would.
BTW, I thought you quit being the moderator.
I am not sabotaging your goals for AMOC. I was participating in what I thought was a free and open discussion. You'll note that Dave, who could conceivably have the most reason to get mad at me if *he* had thought I was directing a personal attack at Carson, simply wrote "Welcome to the Big Leagues, Carson."
If you'd like, I could forward a copy of your email and my response to Sandeep for him to let Dave read.
BTW, I review every one of my comments before I hit send. And, also BTW, that weekly feature that I post is not a platform for me, it's mostly Dave's words and all I do is type them up and add clarifying notes. That does not in any sense make it a platform for me. And, I don't cherrypick. I post every letter Dave wrote to me, as he asked me to, in chronological order, to the best of my ability.
And further BTW, I notice you don't chastise Damian Lloyd for his *truly* personal attacks on me.
Please respond to this email.
Thanks.
Jeff 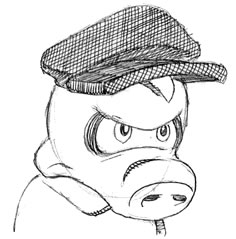 To: Jeff SeilerFrom: Moment of Cerebus Feb 5, 2017
Jeff,
Overreacting? Don't think so. I waited a week to calm down, but was still very annoyed.
This is not a democracy, so no vote required.
I don't moderate the comments any more, so you have the same right to abuse others as everyone else. Knock yourself out.
I'm not censoring any one. You have the same access to Blogger as I do. Set up your own site and exercise your freedom of expression there.
I don't think you appreciate that AMOC is an unpaid, volunteer thing for me (and others). I'm just not going to waste my time on this nonsense.
Thanks,
Tim 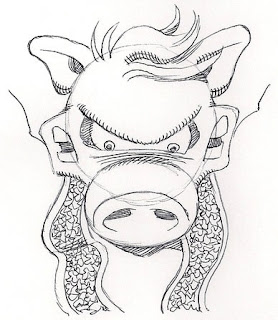 To: Moment of Cerebus From: Jeff SeilerFeb 6, 2017
Tim, you are overreacting. You don't like my viewpoints on politics and religion and feminism, so you jumped at a chance to "axe" or censor or block me. I did not personally attack Carson. Period.
And, if *you* don't put this out there publicly at the site, if you don't ask Dave what he thinks of your decision (and the suspicious reason you gave for it), then I will.
God forbid anyone else at AMOC annoys you. I know it's unpaid and time-consuming, but you choose to do it. I am just flabbergasted at your reasoning, given all the crap I take from Damian on a semi-regular basis.
You're making an example of me and doing Dave and AMOC readers a disservice.
Best,
Jeff 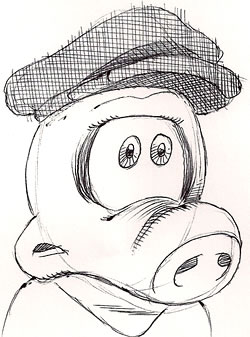 To: Jeff SeilerFrom: Moment of Cerebus Feb 6, 2017
Jeff,
If it'll make you happy, I'll post this email exchange on to AMOC on Saturday. I couldn't be less interested in anyone else's opinion on this topic though.
Thanks,
Tim 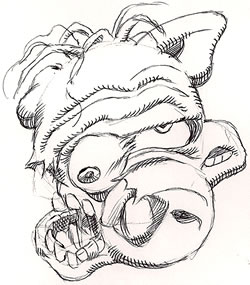