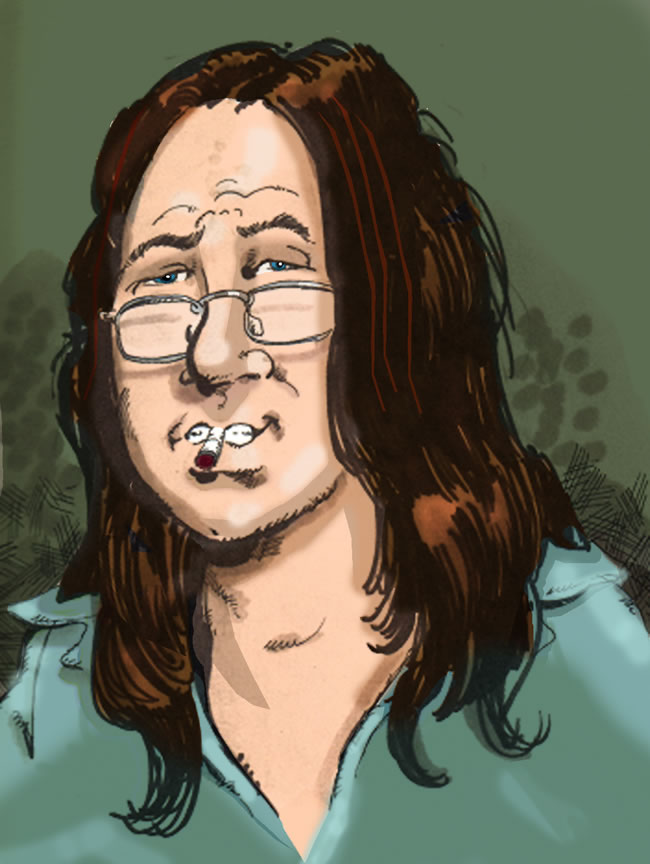 
DAVE SIM:(from Swords Of Cerebus Vol 3, 1981)People tend to be amazed that I manage to produce a twenty page comic book once a month. In some cases, "amazed" doesn't half describe their reaction. It is Gene Day who is responsible for that ability in me. The fact that he was the only artist I knew personally who had made the jump from amateur to semi-professional to professional imprinted his path on my own ambitions. If he were to add up every dollar he has been cheated out of, over the course of his many years in the business (I don't think he'd mind me saying this) he'd be extremely wealthy today. I learned that sense of risk from Gene. There are people out there who'll take you for every penny, and there is, unfortunately, no way for the beginning artist to avoid them. It is part and parcel of freelancing to new and unproven companies. Having seen all that Gene went through, just by virtue of the size of his output and the number of companies he worked for, I was prepared when something happened. Don't take it personally. Do something else and sell it.
I think of Gene whenever someone comes up to me at a convention, or writes a letter, asking how to get into the business. How to stop doing art for free and start doing it for money. I see him hunched over a drawing board (it's hard to picture Gene any other way) leaning back from time to time, assessing. Always assessing. Sizing up the market. Comparing editors. Praising a magazine's cover design. Trying to figure a new means of distribution, another place to submit material. The man is a walking encyclopedia of Techniques for the Ambitious Artist...

Howard Eugene Day (1951-1982) was the Canadian comic book artist best known for Marvel Comics' Master of Kung Fu and Star Wars series. Dave Sim credits Gene as his earliest and most influential mentor, and the inspiration for his own self-publishing efforts. From 1985 to 1986, Deni Loubert's Renegade Press published four issues of Gene Day's Black Zeppelin, an anthology series primarily featuring stories and painted covers Day completed before his death of a coronary on 23 September 1982 at the age of 31. From 2002-2006, Dave Sim and Gerhard created The Day Prize, an annual award given to a comic creator chosen by them from the exhibitors at SPACE (Small Press & Alternative Comics Expo) held in Columbus, Ohio. In February 2009, the Shuster Awards received permission from Gene Day's widow, Gale, and brothers to name the annual Gene Day Award For Self-Publishing in his memory. Gene was inducted into the Shuster Hall of Fame in 2007.